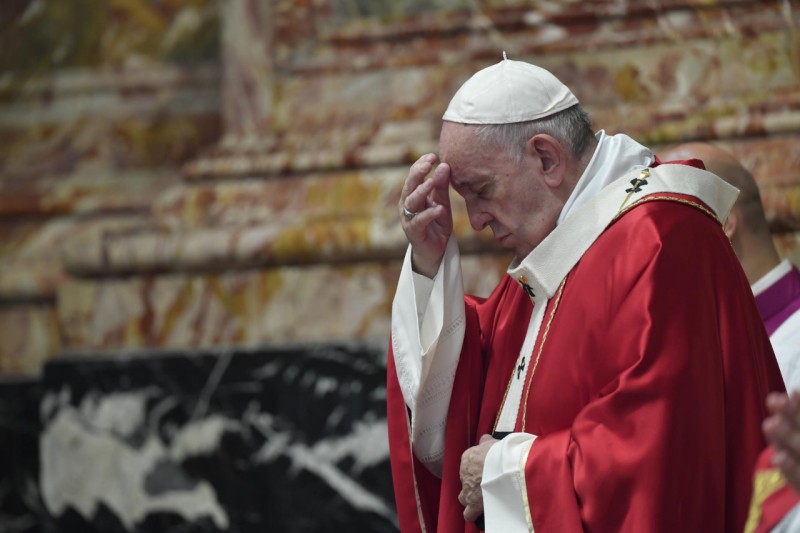 Get ‘Vaccinated against Death,’ Instruction Manual

Pope Francis commented on an “explosive” phrase of Jesus, pointing out how to get “vaccinated against death,” in his homily for the Mass for 160 Cardinals and Bishops, who died during the past year.

The Pope presided over this Mass on Monday, November 4, 2019, surrounded by Cardinals Giovanni Battista Re and Francis Arinze, at the altar of the Chair of Saint Peter in the Vatican Basilica.

He commented on Christ’s invitation to get “vaccinated: “Go to Jesus, the Living One, to vaccinate ourselves against death, against the fear that all ends.”

The Holy Father suggested three points for an examination of conscience, in some way three vaccine “reminders.” “Do I come out of myself to go every day to the Lord? Do I have feelings and gestures of mercy for the neediest? Do I take important decisions under God’s gaze?”

The Pope noted that the whole of life is a movement of going out, specifying that the most difficult going out is “coming out of oneself.” “Jesus’ phrase is explosive: he who comes to Me I will not cast out, as if to say that to be cast out is foreseen for a Christian that doesn’t go to Him. For one who believes there is no middle term: one can’t belong to Jesus and be shut-in on oneself. “

“He who belongs to Jesus lives going out to Him,” stressed the Pontiff.

Concretely, Pope Francis proposed asking oneself questions on the day spent. “Today, in the dossiers I had in hand to work on, did I approach the Lord? Did I find an occasion to dialogue with Him? In the persons I met <today>, did I involve Jesus? Did I lead them to Him in prayer? Or did I do everything staying in my thoughts, rejoicing only in what went well for me, and complaining about what went wrong? Finally, do I live going to the Lord, or turned to myself? What direction does my way have? Do I only seek to look good, safeguard my place, my times and my spaces, or do I go to the Lord?”

Among the 13 deceased Cardinals this year, for whom the Pope prayed, were Cardinal Godfried Danneels (Belgium), Roger Etchegaray (France) and Nasrallah Pierre Sfeir (Lebanon).